Lately, I have been trying to find ways to save as much money as possible. What I have been finding is that my money is increasingly going to fast food. Not only is this hard on my wallet, but fast food in itself isn’t very healthy for you. Instead, I will be looking for ways to save money, by making my own food! This will also help me learn to be more self sufficient,  and when the ladies ask if I can cook, well, I will be able to say yes! I took the recipe below from reddit, credit goes to electric_sandwich on this reddit thread. Read more to get the recipe!

Take a lesson from the Puerto Ricans. Millions of us have managed to survive in one of the most expensive cities on earth with recipes like this: 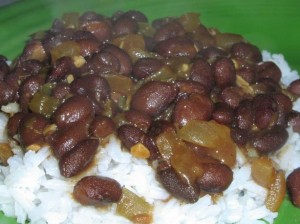 Find a supermarket that has black beans on sale. Buy as much as you can.

You should get at least 2 meals out of one can of beans, and if your lucky you can get black beans 2 for $1. Adding the cost of the Garlic, Sazon and a small onion and you still eat a tasty, hearty, relatively healthy meal for less than $1. 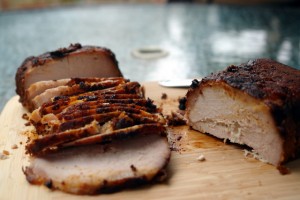 Now. You are a growing lad. You need MEAT

OK, first of all, fuck eating lips and assholes. There is a much, much tastier option that has kept millions of starving boriquas alive for generations: PORK SHOULDER.

In my neighborhood in Brooklyn, Pork shoulder is 79 cents a pound. That’s right. 79 cents. A package of hot dogs at $2.50 is more than double the price and has offal and all sorts of vile shit inside. 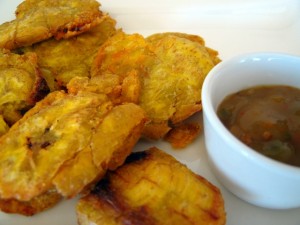 Fuck me. Green plaintains are usually like 5 for a fucking dollar!

Fry up some bacon. Set the bacon aside and save that lovely, glistening fat.

Take a plantain and run a knife down the side and split the skin off without breaking the plantain. This takes a bit of practice.

Slice up the plantain into ~1/3 inch thick slices. Throw them into a bowl of ice water.

You have a fry daddy? You’re golden papi. No? Pour around half an inch of oil into a frying pan. Corn oil works best, olive oil smokes too easily. Get that shit hot! Throw in your bacon grease.

Take your sliced up plantains out of the ice water and drain them or even pat them with a paper towel till they’re dry.

Fry em up until they just turn golden.

Throw them in the freezer for 10 minutes.

Now, here is where you become a MAN: Get yourself a flat bottom glass and a cutting board or a plate. Throw some flour on there. Smash the plantains with the cup. You may need a spatula to get them off the board…

Fry em AGAIN until they are golden and crispy

Make all three of these things together and you have an incredibly delicious and cheap meal!

*TLDR; Learn the lessons of my people: The Nuyoricans. (New York Puerto Ricans) We have survived for DECADES on no money in one of the most expensive cities on the planet. *